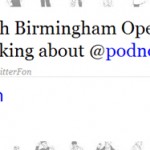 Deep joy(sts), originally uploaded by eversion. I’ve said it before and I’ll say it again, Walsall Art Gallery is wonderful. A delight waiting at every turn.