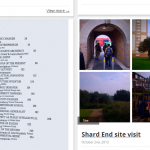 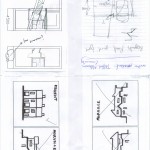 Despite booking my tickets late, the session on reducing carbon emissions in existing housing was one of the few that still had some places. A few days later, when the proceedings were kicked off by Alan Simpson MP, there were still some empty chairs. Perhaps, I twittered, refurbishment work just isn’t glamorous enough. If that’s […]

Found on a dusty shelf… Scrapyard Windpower Realities: Building Windmills with Recycled Parts by Hugh Piggott (1992) Complete with diagrams: And Basic computer program to help you design the blades: